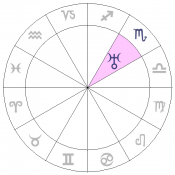 The last generation of people born with Uranus in Scorpio were in the late 1970's and early 1980's. People with Uranus in Scorpio were born under a time where relationships were undergoing a new cycle. The upheaval of the previous decade meant that things would never be the same but the era of free love and idealism were over also. People with Uranus in Scorpio are forced to come to a new understanding of how people relate to each other. Uranus would bring in the acceptance of new methods for understanding the self and how we relate to others. Psychology and analysis became popular and not considered weird. Film makers such as Woody Allen, with movies such as Manhattan and Annie Hall, popularised and made acceptable the pursuit of self understanding, therapy and dealing with our many neuroses. Above all this combination indicates the person having the ability to change themseleves in the area of how they relate emotionally to others. Infact Uranus is considered exalted or highly powerful in Uranus since both the planet and the sign are about change, the death of the old and the birth of the new. The combination of Uranus in Scorpio also hints at a generation with a love of the unusual and alternative with regards to sex. Indeed the tail end of this combination heralded the early days of the emergence of aids in the early 1980's.