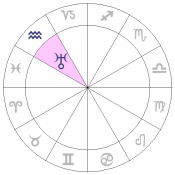 People with Uranus in Aquarius have the ability to bring radical change in the areas of technology , science and the fundamental day to day operating of society. The last generation born under this influence are currently fairly young since Uranus was in Aquarius in the late 1990's and early 2000's. During that time those people were born under an energy that saw the rapid rise of the computer to be accessible by the average person and not just the elite few. This explosion in technology also saw the rise of the internet in the late 1990's and the virtually endless list of changes to peoples lives that it has and will entail. This period also saw the rise of the mobile phone and the ease of communication it has brought. Possibly less understood now but potentially even more far reaching was the discovery as, Uranus entered Aquarius, of the stem cell, the progenitor of all human cells. Although it will take some time to make full use of this knowledge, the advances in human healthcare this will bring are likely to herald a new dawn in the treatment of people with illness and disease in the future. People with Uranus in Aquarius were born under all of these influences of change and as they grow up they will carry this energy and knowledge inside of them and see the fruits of this radical energy manifested. The reason of having quite so much change and invention under this combination is that Uranus is the moder ruler of the sign of Aquarius. The two energies literally sing in harmony and entice each other on to new heights of revolution. People with Uranus in Aquarius therefore will regard science and its impartial truth and discoveries as the key to moving society and humanity forward.