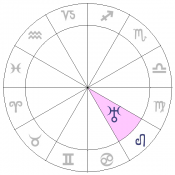 People with Uranus in Leo value freedom of expression and are likely to bring radical changes to the areas of art , drama and style. The last generation with this combination were born in the late 1950's and very early 1960's. This coincided with new trends in music and fashion after the relatively constrained war years. It was a time of people like Elvis Presley bringing radical change to the way individuals expressed themselves. It also saw the rise of influence of the motor car for the average American family and the freedom of expression and style that it brought along with it. People with Uranus in Leo will not like to be constrained or traditional in their style or appearance or self expression This energy may show itself by them being involved with modern or unusual forms of art or drama. Uranus is in its detriment or considered in a weaker posistion in Leo since Uranus is the natural ruler of its opposite sign that of Aquarius. This is because the gifts that this planet gives, of change and a refreshing wave of new energy and ideas are meant for the general benefit of mankind. This is the natural area of influence of the sign of Aquarius, which deals with the group and society. With Uranus in Leo however, the energy of change brought by Uranus is purely focused on the individual so it is in less of a powerful position of influence. With this me-centredness energy in certain people it can manifest as vanity or stubborness, which is a potential problem with all planets that lie in the sign of Leo.