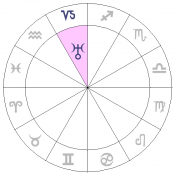 The combination of Uranus in Capricorn is in many ways a contradiction. The planet of revolution and radical change lies in the most traditional and conservative of all the signs. There is a definite tension here in this clash of opposing forces which may manifest in the psyche of the individual. However as with all paradoxes there is a middle ground and a solution, in that change, when well thought out and properly structured and grounded can be accepted as a positive and regenerating and ultimately necessary force. People with Uranus in Capricorn will want to overhaul traditional structures in Society and business and commerce, yet they will be respectful of the past and all that is owed to it. Instead of tearing down, the natural influence of Uranus for change will be tempered and it will be an attitude of practical and accountable and necessary change. In many ways this is a powerful combination because it speaks of an individual who believes in change not for changes sake but change because it is ultimately long overdue and of benefit for all concerned. With the planet lying in Capricorn any change will have to be well thought out and long lasting and above all practical and beneficial. People with Uranus in Capricorn may be the kind of individual brought in to a traditional business which is no longer profitable who will introduce modern practices, new technology and streamlined methods to once again put the business on a profitable footing. People with Uranus in Capricorn may also advocate the introduction of morality in business rather than the pure pursuit of profit at all costs. A good balancing of the Uranus in Capricorn forces would be for example a company or person that is successful but donates large chunks of their profit to worthy causes.