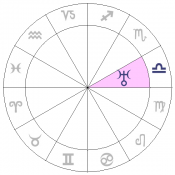 The generation of people with Uranus in Libra brought about and value new ideas of freedom in the realm of marriage and partnership. Traditionally it was seen as unthinkable or shamefull to contemplate divorce and people often accepted there was no way out of their unhappy situation. For the generation of Uranus in Libra the ideas of personal freedom, integrity and hapiness were paramount over staying in a loveless marriage. This combination was last seen in the late sixties and early seventies. These natives were born into a time of sexual feedom and revolution and a time of divorce amongst their parents. Having open relations and multiple partners was suddenly accepted as hip or cool. The idea of people living in a commune or extended family became popular. Although this idea of total freedom did not last , the realm of relationshipships were transformed forever and the genie was truly out of the bottle. People with Uranus in Libra are likely to be highly knowledgeable in the area of human relationships and to champion the rights of each individual in the parnership.